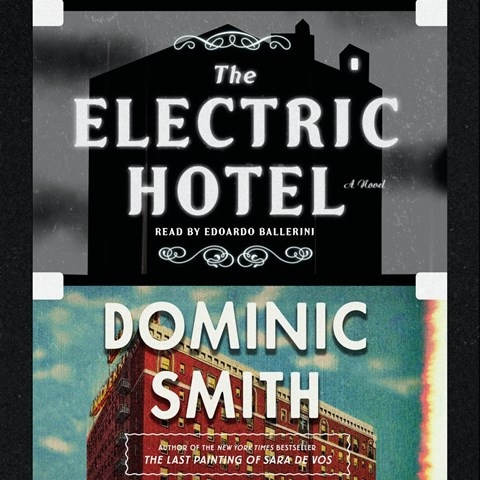 Dominic Smith's latest fictional dive into the history of an art form makes for a rich audiobook under narrator Edoardo Ballerini's able management. The period is the turn of the twentieth century, the arena the development of the moving picture, and the commercial question whether the technology of the French Lumière brothers or the patents of Thomas Edison will dominate the form. But of course Smith creates narrative power with personalities, not data. Ballerini makes the international cast vivid: the young French director Claude Ballard, his Sarah-Bernhardt-like inamorata, Sabine Montrose, a Brooklyn urchin who becomes a Hollywood producer, and a winning young Australian daredevil who invents the craft of the stuntman. Hold on for the literal cliff-hanger in reel four. It's on fire. B.G. © AudioFile 2019, Portland, Maine [Published: AUGUST 2019]