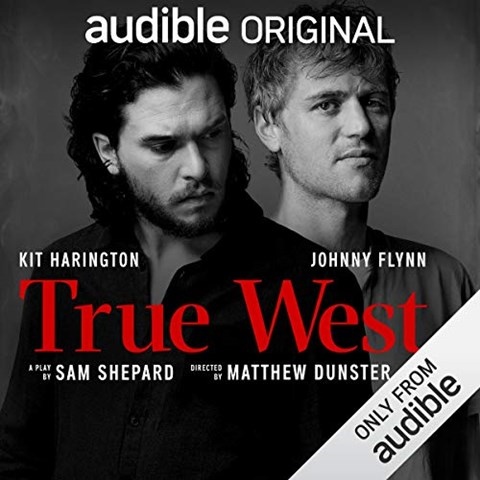 Narrators Kit Harington and Johnny Flynn attack this 1980s drama by Sam Shepard aggressively--if in a way that is not quite true to character. Austen and Lee are estranged brothers who confront each other and their demons in their mother's L.A. kitchen. Harington's portrayal of Austen, the serious younger brother, is too similar to Flynn's Lee, the threatening derelict. Because they speak with raised voices throughout, the escalating tension between them doesn't build as it could. Furthermore, the drama of facial expressions and body language is lost in the audio version, coming across as dead air. Madeleine Potter as the mother and Donald Sage Mackay as the agent have only a few lines. Creative music between acts and a few interesting sound effects cannot save this production. J.E.S. © AudioFile 2019, Portland, Maine [Published: MAY 2019]