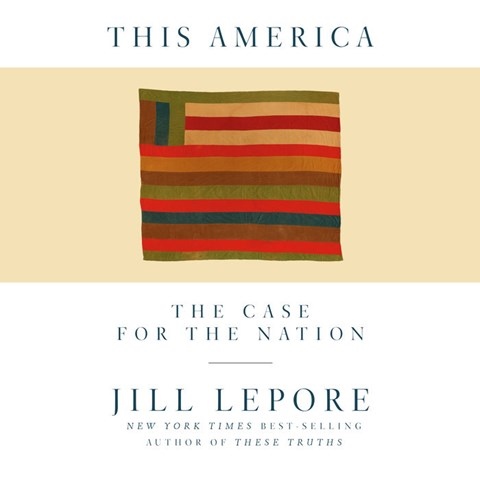 THIS AMERICA The Case for the Nation

This audiobook, narrated by the author--historian and NEW YORKER staff writer Jill Lepore--provides a succinct history of nationalism for a general audience. Tracking nationalism in the United States from the 1800s to today, Lepore reveals a convoluted web of dual meanings and contradictory ideals--not to mention an abundance of barefaced hypocrisy and racism. In an especially spirited section, Lepore also tries to disentangle patriotism from nationalism. She says, in the broadest strokes, that patriotism is characterized by love and acceptance, while nationalism is rooted in hatred and fear. Listeners may occasionally have difficulty following Lepore's extensive quoting of historical figures, which likely works better on the page. Overall, though, her intelligent, well-articulated narration goes a long way toward clarifying a murky topic. A.T.N. © AudioFile 2019, Portland, Maine [Published: JUNE 2019]