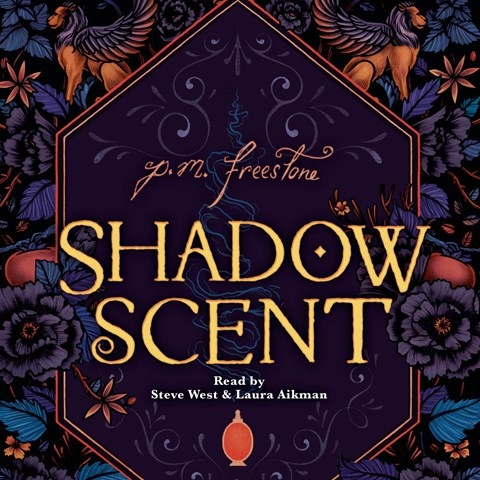 Steve West and Laura Aikman pair up to narrate a new fantasy adventure set in the kingdom of Aramtesh, where scent has power. With her melodic English accent, Aikman portrays Rakel, a village girl with a keen nose and an ailing father. West, whose has a baritone voice and English accent, portrays Ash, the shield and close friend of the prince. Rakel and Ash met at the blooming of the kingdom's most valuable flower, where the prince was poisoned. Thought to be responsible for that act, they're now on the run, a situation that Aikman and West evoke with tonal intensity. Listeners will enjoy hearing a male and a female narrator as the characters draw closer. S.K.G. © AudioFile 2019, Portland, Maine [Published: JUNE 2019]