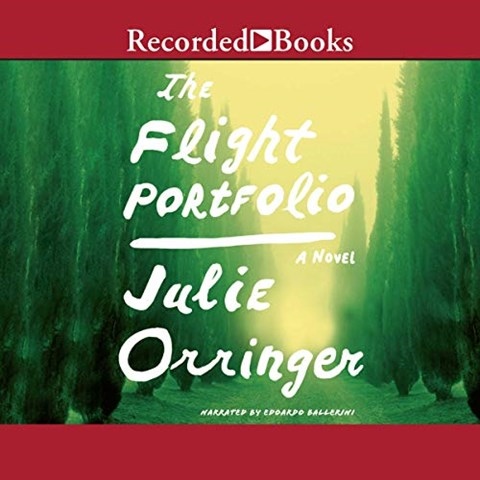 In 1940, thousands of Jews in France tried to escape the Holocaust, their flights financed by wealthy American Jews. Edoardo Ballerini narrates this fictional account of Varian Fry, the real-life American journalist who bravely orchestrated the journeys of thousands of European Jews from France. The intensity of actual events is beautifully reconstructed in the author's poignant prose, and Ballerini's graceful, powerful narration does it justice. Ballerini portrays Fry's agony at having to choose which artists and intellectuals would be selected for deliverance. Ballerini gives Fry a more sensitive tone for his dialogues with Grant, his homosexual lover (who may or may not be entirely fictional), but Ballerini's greatest contribution to this audiobook is his subtle portrayals of desperate German and French Jews. N.M.C. © AudioFile 2019, Portland, Maine [Published: JULY 2019]