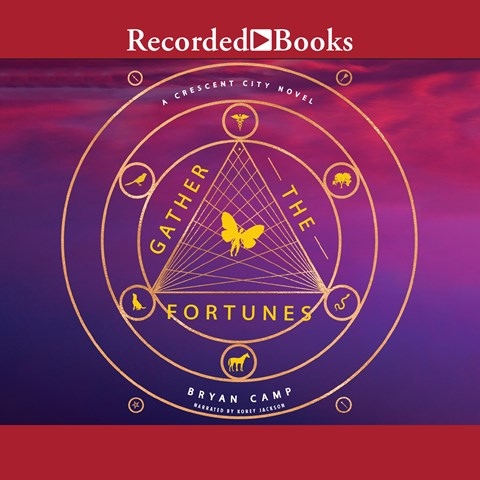 Korey Jackson narrates a fantastical musing on life and death, steeped in the mythos of New Orleans. Renaissance Raines is a psychopomp, a guide who leads the newly dead through the Seven Gates of the Underworld. Jackson's portrayal of Renai is a believable characterization of a (dead) 20-something who is confused, frustrated, and disheartened with her afterlife. It is his portrayal of Renai's mentor, Salvatore, however, that is of note: Sal can take the form of either a dog or a raven, and Jackson subtly modifies his characterization to differentiate between the two. There are many gods and supernatural beings among the secondary characters, and Jackson depicts them all as slightly tarnished, which is fitting, given the numerous cons they are all seemingly trying to perpetrate. K.M.P. © AudioFile 2019, Portland, Maine [Published: AUGUST 2019]