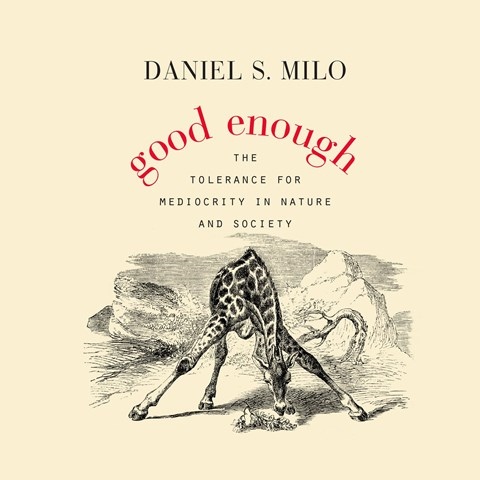 In a rich baritone voice, narrator Qarie Marshall serves as proxy as the author pokes holes in Darwin's theory of evolution until it resembles Swiss cheese. Milo contends that if nature followed Darwin's theory exactly, "natural excesses" would not have developed. One example of such excess is a leafy insect with a helmet head that is cumbersome to carry and unnecessary for any aspect of its life, including courtship. Yet it exists and thrives even though evolutionary theory would predict its extinction. Milo takes his theory further by likening the competitiveness in humans to an unnecessary battle for perfection because we are all "good enough" to survive whether we are competitive or not. Marshall's spirited performance gives Milo's theory credence. E.E.S. © AudioFile 2019, Portland, Maine [Published: JULY 2019]