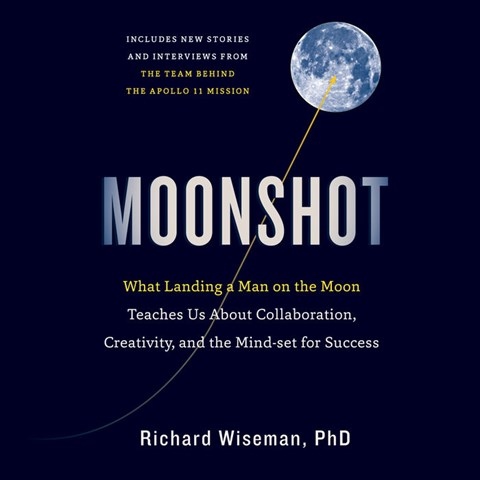 MOONSHOT What Landing a Man on the Moon Teaches Us About Collaboration, Creativity, and the Mind-set for Success

This audiobook uses the Apollo program as an extended metaphor to offer advice on cooperation and success in our careers and everyday lives.The Apollo missions to the moon remain legendary for accomplishing a seemingly impossible task within a tight deadline. Peter Noble's narration is welcoming, although it's somewhat disorienting to hear a British accent recounting this quintessentially American story. Perhaps recognizing this, the program includes two unnamed American narrators for direct quotes, one man and one woman; however, the result is awkward. Moreover, during transitions the editors have included the same snippet of the Apollo 11 countdown over and over, which is ultimately irritating. MOONSHOT contains a lot of compelling anecdotes and practical advice, but it is largely undermined rather than enhanced by this audio production. D.B. © AudioFile 2019, Portland, Maine [Published: OCTOBER 2019]