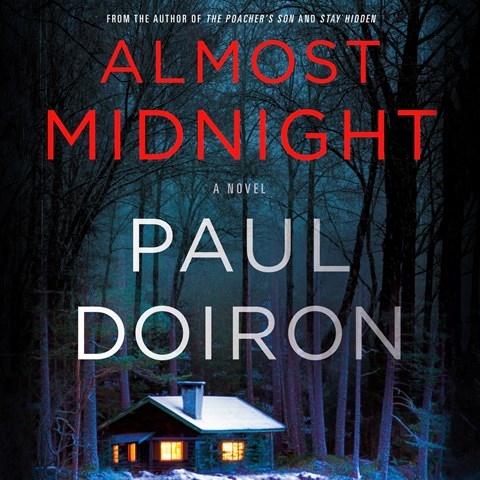 Narrator Henry Leyva inhabits Maine Game Warden Mike Bowditch. One of Mike's oldest friends, Billy Cronk, is incarcerated for murder in the Maine State Prison, put there by Mike's testimony. The nonstop action begins when Mike receives two calls for help--one from Billy, who wants Mike to investigate a prison guard, and one from a veterinarian, who tells him that Shadow, a wolf-dog hybrid he once rescued, has been shot by an arrow and is near death. Leyva's understated performance makes even minor characters' motives and personalities believable. He handles Doiron's flesh-and-blood characters convincingly, delivering the rhythms and musical subtleties of Maine's accents. Leyva and Doiron are a great combination offering a fast-paced thrill ride with this tenth mystery in the series. S.J.H. © AudioFile 2019, Portland, Maine [Published: JUNE 2019]