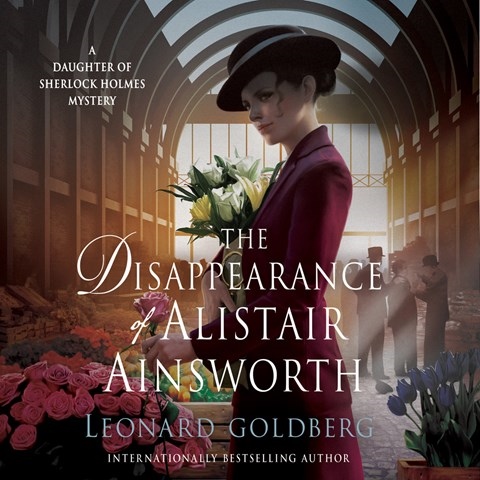 THE DISAPPEARANCE OF ALISTAIR AINSWORTH The Daughter of Sherlock Holmes, Book 3

In a remarkable performance, Steve West becomes Dr. John Watson, Jr., husband of Joanna Blalock, daughter of Sherlock Holmes. West also gives dozens of other characters honest and convincing personalities. In this third adventure John, Joanna, and Dr. Watson, Sr., are called upon to find Alistair Ainsworth, a missing cryptographer who has access to secret government information. It's 1915. The Germans have abducted Ainsworth and are holding him prisoner, torturing him for sensitive British war plans. With only his voice, West makes each person vivid. Listeners can clearly picture young Johnny, Joanna's precocious son. Lestrade of the Yard and Dunn of Naval Intelligence persist in jumping to wrong conclusions, and West makes their embarrassment palpable. A top-notch mystery filled with clever twists and winning characters. S.J.H. Winner of AudioFile Earphones Award © AudioFile 2019, Portland, Maine [Published: JUNE 2019]