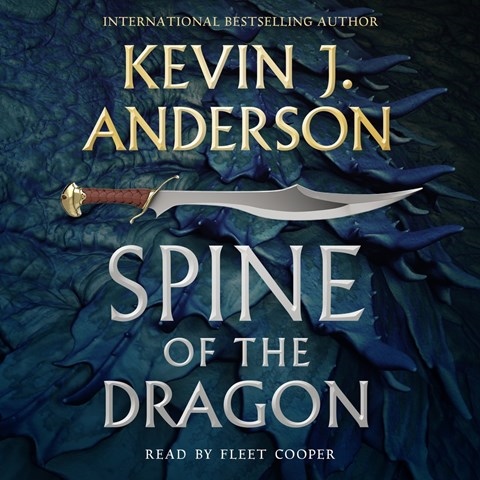 SPINE OF THE DRAGON Wake the Dragon, Book 1

Fleet Cooper delivers a dramatic narration from the very start of this first installment in the Wake the Dragon series. Anderson returns to epic fantasy with larger-than-life characters, swords, destruction, and sleeping monsters. Two continents are at war, but a common enemy develops, which makes them consider the unthinkable--an alliance. The saga is told from many points of view. Cooper captures the main characters' personalities while accentuating the complicated political spectacle and human drama at play. Whether it's righteous indignation, intrigue, or brutality that is the primary motivation, Cooper melds it into each individual's voice and attitude. The world-building that is characteristic of the first audiobook in a fantasy series is ubiquitous, and Cooper keeps it interesting. J.E.M. © AudioFile 2019, Portland, Maine [Published: AUGUST 2019]