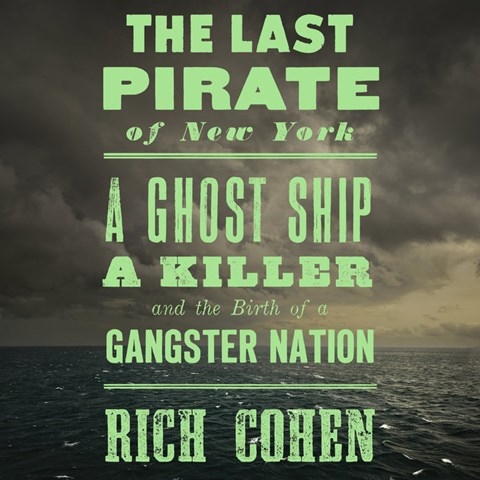 THE LAST PIRATE OF NEW YORK A Ghost Ship, a Killer, and the Birth of a Gangster Nation

Narrator Ari Fliakos takes on this sweeping history of the crimes and trial of Albert Hicks, a feared shadowy figure of mid-1800s New York City. Hicks's career ranged from theft to bodily harm, including early mob enforcement, to murder. Among his many transgressions was the killing of the crew of an oyster sloop in Lower New York Bay. Using a minimally inflected accent, Fliakos never flinches from the story's gruesome descriptions of violence. For newspaper accounts and trial documents, he uses a straightforward delivery. Hicks's story is meticulously chronicled by Cohen and powerfully narrated by Fliakos. M.B.K. © AudioFile 2019, Portland, Maine [Published: AUGUST 2019]