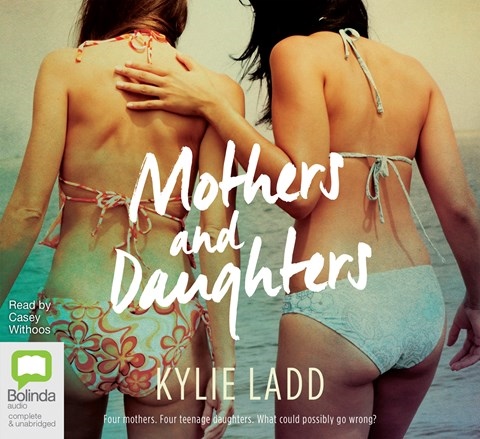 Narrator Casey Withoos takes listeners on the emotional roller-coaster ride of a mother-daughter vacation--x4. After much time apart, four world-weary mothers gather to catch up, bringing their four daughters to a tropical paradise with no Internet or cell phone reception. They also bring their anxiety and aggression, and the girls bring their teen hormones. It all leads to unexpected confrontations. Withoos skillfully switches between the attitudes and emotions of angsty teenagers and exhausted mothers. She adeptly embraces the unique personality of each character, which is a feat, given that the story involves eight people. V.B. © AudioFile 2019, Portland, Maine [Published: AUGUST 2019]