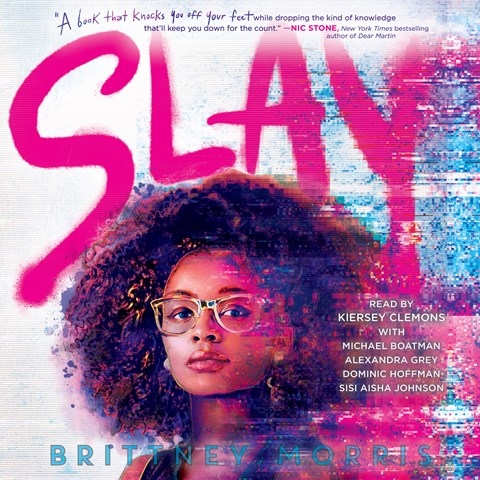 Narrator Kiersey Clemons portrays high school honor student Kiera, who is the secret developer of SLAY, a popular online role-playing game aimed at celebrating black culture. When a gamer is killed in the real world due to an in-game conflict, SLAY is slammed by the media as racist. Clemons's portrayal of Kiera is youthful and emotional as she struggles with her real-world relationships, and gains ferocity as Kiera stands up for her creation and protects the community she's carved out for black gamers. A few chapters explore the perspectives of other characters, and several narrators are brought in to fully embody the diversity of the gamers who find so much meaning in a world that is unapologetically black. A.K.R. © AudioFile 2019, Portland, Maine [Published: OCTOBER 2019]