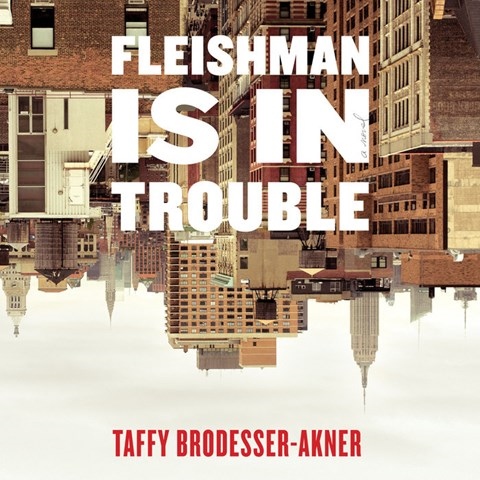 FLEISHMAN IS IN TROUBLE

This is a listen for anyone who's married, divorced, dating, and/or cares about women. It's an outstanding audiobook delivered by an exceptional narrator, Allyson Ryan. By now, many have heard the buzz about this novel. Believe the hype. It's ostensibly about a recently divorced New York City doctor, but really it's about the challenges women face in relationships--in working, in parenting, and in partnering during a time when women are told they can (and should) have it all while also being expected to be all things to all people. Ryan's performance is spot-on throughout. She captures the essence of each character and never misses a beat in expressing the author's insights into life as a woman in the 21st century. J.P.S. © AudioFile 2019, Portland, Maine [Published: AUGUST 2019]