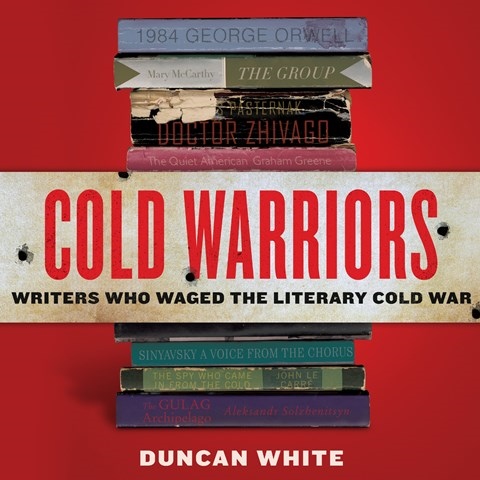 Narrator Fred Sanders's voice carries a calm authority as he delivers stories of writers on both sides of the Iron Curtain who dealt with the Cold War in their work. White begins with George Orwell's escape from leftist secret police in the Spanish Civil War. He also takes listeners on a tour of Soviet gulags and show trials, U.S. blacklists, and literary conferences organized by both sides. Sanders brings the emotions of figures like Aleksandr Solzhenitsyn and Arthur Koestler alive as he tells their stories. The audiobook may leave listeners as distrustful as Orwell. Still, it's hard to resist hearing tidbits like the true story behind Graham Greene's humorous OUR MAN IN HAVANA. J.A.S. © AudioFile 2019, Portland, Maine [Published: NOVEMBER 2019]