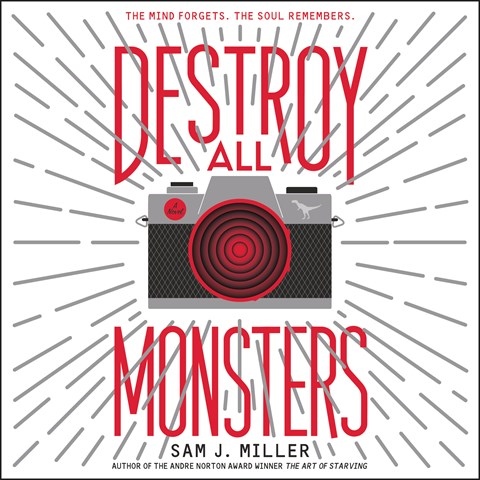 Two teens caught between reality and delusion deal with the fallout from a traumatic childhood event in this moving audiobook. Ash, voiced by Brittany Pressley, lost her memory of the event when she fell from Solomon's treehouse. Solomon, voiced by Zach Webber, has retreated into a fantasy world called Darkside, a city filled with magic, dinosaurs, and monsters. Pressley captures Ash's personality with crisp consonants and clear emotions, while Webber's voice is deep and minimally expressive--a stylistic choice that reflects Solomon's mental state. As Solomon struggles to distinguish his hallucinations from reality and Ash tries to help her friend regain control, the two will uncover facts that draw their past into question. H.C. © AudioFile 2019, Portland, Maine [Published: AUGUST 2019]