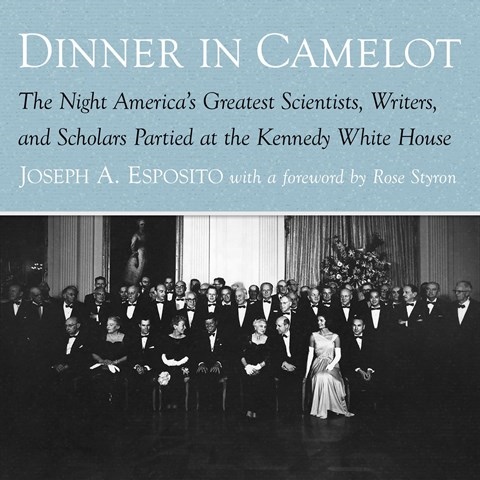 In April 1962, a fascinating collection of intellectuals and Nobel Prize winners gathered for a White House dinner hosted by President John F. Kennedys and the first lady. With his quintessentially American voice, narrator Tom Perkins delivers this well-researched narrative, which celebrates the achievements of mid-century American scholars, scientists, and literati and their experiences that night in the president's home. Perkins provides a mostly straight reading, with a hint of the famous JFK accent as well as Mrs. Kennedy's distinctively polished clip. Thanks to Perkins's almost conversational pace, the extensive background details--from newspaper headlines of the day to the paintings viewed by the guests while dining--are not too cumbersome. Witticisms and polite disagreements by everyone from nuclear physicist Robert Oppenheimer to novelist Pearl Buck are recounted. N.M.C. © AudioFile 2020, Portland, Maine [Published: JANUARY 2020]