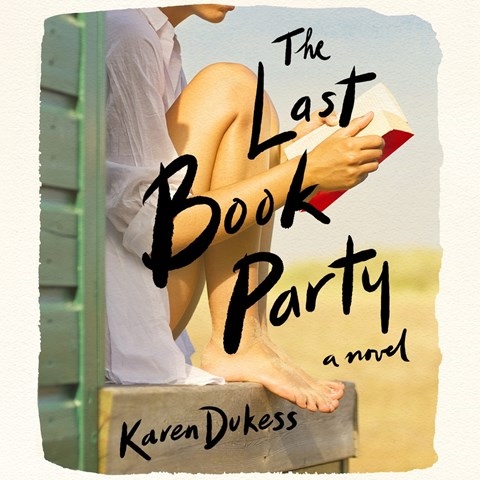 Jesse Vilinsky's dramatic narration reveals a young woman's transformation during a summer spent with a group of writers on Cape Cod. Vilinsky's high tones and pacing bring out aspiring writer Eve Rosen's naïveté and her fascination with illustrious writer Henry Grey and his peers. Although some of the characters aren't fully distinguishable in the beginning, Vilinsky quickly finds their voices and maintains them consistently. The exaggerated, overenunciated delivery Vilinsky uses to portray the haughty high-society writers contrasts with the casual, friendly manner of Henry and his son, Franny. Vilinsky's more grounded tone reflects how 25-year-old Eve's attitudes and behavior change after summer heartbreak and relationship revelations. A proficient performance of this atmospheric story. M.F. © AudioFile 2019, Portland, Maine [Published: SEPTEMBER 2019]