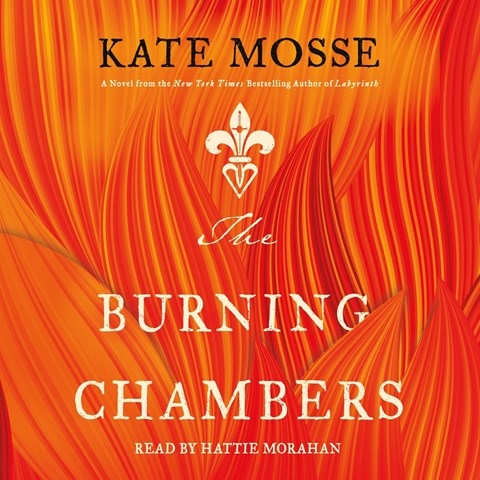 It's a turbulent time in France, when neighbors inform on neighbors, when a quiet word in the wrong ears can bring about torture and death. Hattie Morahan's similarly quiet voice threads through this story of the Inquisition and century-old secrets. In sixteenth-century Languedoc, 19-year-old Minou Joubert, the bookseller's daughter, encounters Piet Reydon, a Huguenot convert, first in Carcassonne and later in Toulouse. Morahan's slow, precise, and melodious performance lulls the listener into thinking all is well while tensions and fear abound. Morahan imbues Minou's voice with grace and charm, while Piet is portrayed as a confident man who hides his secrets well. The novel, based on complex religious wars and migrations over three hundred years, comes to life in Morahan's dulcet, cultured, yet minimally inflected narration. M.B.K. Winner of AudioFile Earphones Award © AudioFile 2019, Portland, Maine [Published: SEPTEMBER 2019]