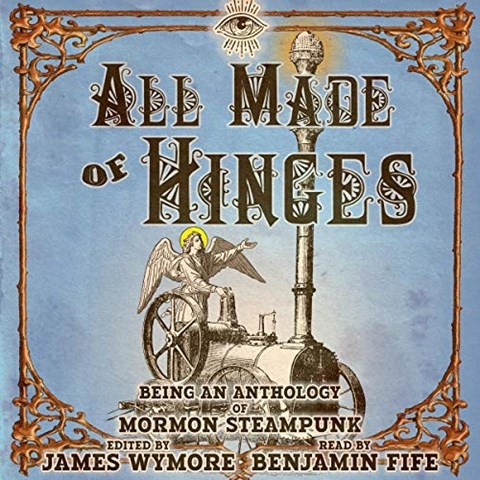 ALL MADE OF HINGES A Mormon Steampunk Anthology, Book 1

Benjamin Fife takes on a massive task as narrator of these Mormon steampunk stories. Because steampunk requires a major suspension of disbelief, having a narrator who grounds the stories is vital. Fife is up to the task. As the characters in the tales do mind-bending actions such as reanimating Brigham Young and battling automatons, Fife keeps his composure and simply narrates as though these activities were mundane. Nothing seems unreal to him; thus, listeners are convinced this world exists. Multiple readers might have enhanced this audiobook, but Fife does an admirable job on his own. A.R.F. © AudioFile 2019, Portland, Maine [Published: SEPTEMBER 2019]