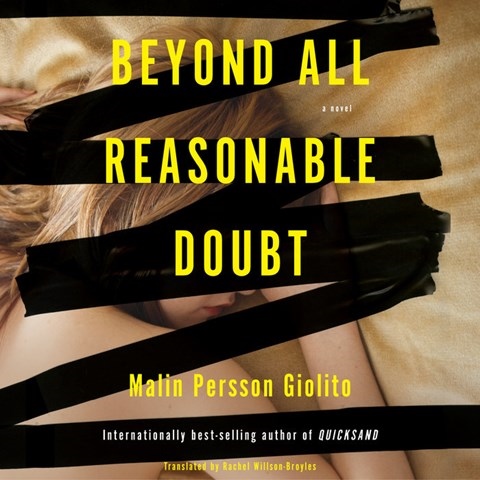 BEYOND ALL REASONABLE DOUBT

Narrator Saskia Maarleveld breathes life into the conflicted soul of defense attorney Sophia Weber as she takes on the case of Dr. Stig Ahlin, who has been convicted and imprisoned for the murder of a 15-year-old girl. Maarleveld carefully reveals Weber's thought processes. Should she let Ahlin serve his time or accept his claim of innocence and try to get him off? The more she digs, the more concerned she becomes about a flawed criminal investigation. In a tone of cold intensity and increasing dread, Maarleveld presents the brutality of the crime and Weber's subsequent reinvestigation, which could set Ahlin free. The award-winning author of QUICKSAND creates another gripping legal thriller and another captivating character begging for further adventures. R.O. © AudioFile 2019, Portland, Maine [Published: AUGUST 2019]