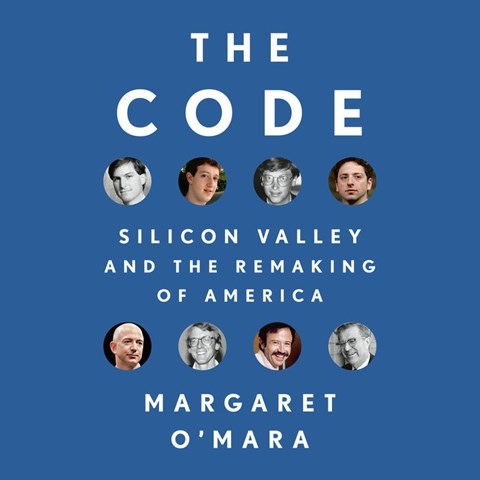 THE CODE Silicon Valley and the Remaking of America

Nan McNamara has a confident and relaxed tone--just right for narrating this complex, surprising history lesson. She also has the gravitas to convey the author's thesis effectively: Without Stanford University, the federal government, and the military, you probably wouldn't be Googling on your Apple watch. That's because the juggernaut known as Silicon Valley was shaped by federal funding (the Pentagon paid for the first-generation Internet) and government legislation (Congress passed the Communications Decency Act, which freed sites from liability for third-party posting). McNamara serves historian O'Mara well as she argues that "geography is destiny," meticulously tracking the techno-conversion of Palo Alto from punch cards and batch processing to social media and the commodifying of the consumer. R.W.S. © AudioFile 2019, Portland, Maine [Published: OCTOBER 2019]