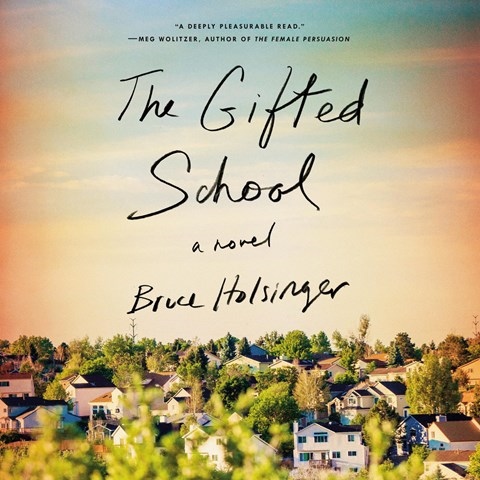 A story featuring parents who are willing to do anything to have their children seen as gifted is hardly unique. But one that also makes the children heard and that is delivered by a narrator who is herself gifted in conveying those young voices--those attributes put THE GIFTED SCHOOL at the head of its class. Narrator January LaVoy clearly has a facility for voicing girls and boys, and she demonstrates equal proficiency with adults, particularly the four women at the novel's center. Each comes across as distinctly as her child. The only question listeners will need to ask is which character is most like themselves or someone they know. Holsinger's novel offers plenty to identify with, for good or for ill. K.W. Winner of AudioFile Earphones Award © AudioFile 2019, Portland, Maine [Published: AUGUST 2019]