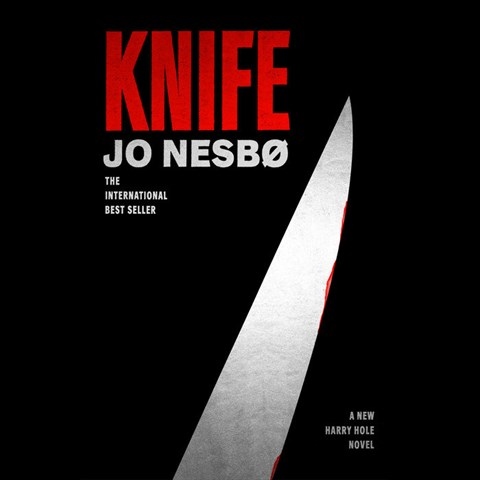 Listeners would do well to have heard some of the previous audiobooks before embarking on this particularly intricate one, the twelfth in the Harry Hole series. John Lee--who's narrated most of the titles--does a fine job of conveying the brooding quality of this Norwegian thriller, which opens with Hole waking up from a drunken night covered in blood. He's had many setbacks in his personal and professional life, some brought on by alcohol, some by his uncompromising personality. Now he must figure out who has committed a brutal murder--and whether he's implicated in the death. One of the suspects sends shock waves throughout the country. For those familiar with, or patient enough, to follow Harry's instinctive reasoning, the stunning reveal is well worth the investment of time. L.W.S. © AudioFile 2019, Portland, Maine [Published: JULY 2019]