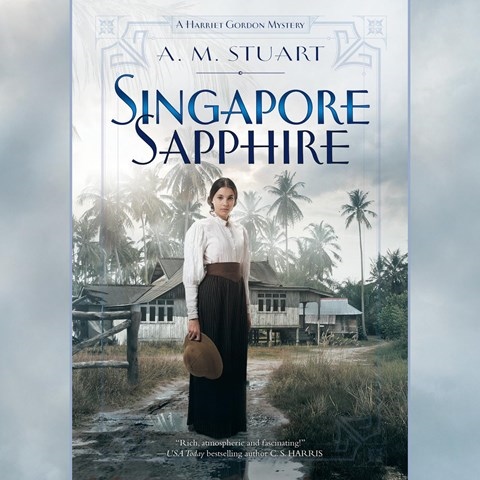 Upon the deaths of her husband and son in 1910, Harriet Gordon moves to Singapore from India in this eventful audiobook. When she shows up for the second day of her job as a typist, she finds Sir Oswald Newbold, her client, brutally murdered and his house ransacked. The crime introduces Harriet to the intriguing Inspector Curran and plunges her into its investigation. Narrator Saskia Maarleveld keeps listeners interested as she depicts images of colonial Singapore, with its blend of English and native cultures. Her voicings of the characters remind listeners of the conflicts that often arise among people of different cultures and classes, especially under colonial rule. Maarleveld's pacing moves the book along swiftly but comfortably and makes for enjoyable listening. V.M.G. © AudioFile 2019, Portland, Maine [Published: SEPTEMBER 2019]