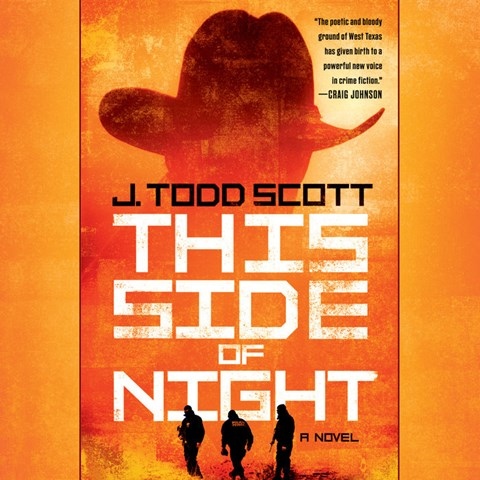 THIS SIDE OF NIGHT

This audiobook dramatizes the power of Mexican drug cartels. The author's background as a DEA agent is obvious in the novel, which also benefits from the direct and well-paced delivery of narrator T. Ryder Smith. The story focuses on a brutal assault on two busloads of young teachers who are training to work in remote areas of Mexico, but the motive for the attack is unclear. When DEA Agent Joe Garrison investigates, he discovers the evils of the Nemesio cartel as well as corruption in a major drug-fighting task force. Smith's delivery--authentic, intense, and ideally paced--complements Scott's depiction of the lawlessness at the border, as well as the motives of the families and government officials whose loyalties are not always as they seem. D.J.S. © AudioFile 2019, Portland, Maine [Published: OCTOBER 2019]