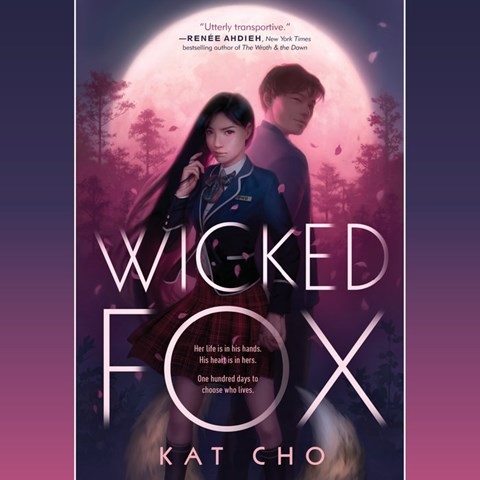 Audiobook narrator Emily Woo Zeller voices an array of characters both magical and mundane in this romantic urban fantasy, set in contemporary Seoul. Gu Miyoung appears human, but she’s actually a GUMIHO, an immortal nine-tailed fox who feeds on the life force of men. Though her exacting mother cautions her to keep a low profile, Miyoung reveals herself when she rescues a human classmate from a goblin attack, kicking off a chain reaction that has life-changing consequences. Although Zeller’s smooth tone and even pacing underscore the occasional lulls in the story, she gets to show off her emotive range during bursts of action and high-stakes drama. Character voices are subtle yet distinct throughout this angsty, atmospheric audiobook. R.A.H. © AudioFile 2019, Portland, Maine [Published: AUGUST 2019]