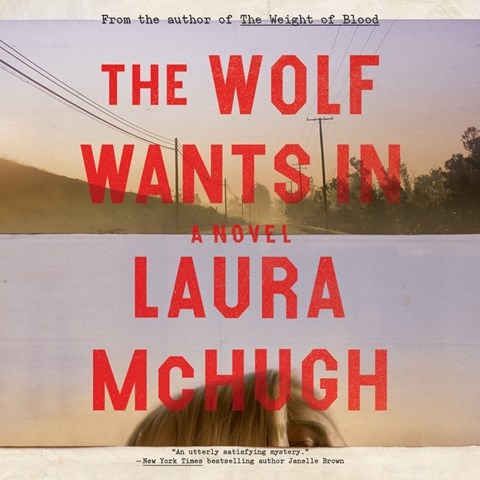 THE WOLF WANTS IN

Two excellent narrators flesh out this gritty mystery set amid the opioid epidemic in the American heartland. Sadie is a single mother whose brother has just died under mysterious circumstances. Suzanne Elise Freeman portrays Sadie, imbuing her with both intelligence and world-weariness. Henley is an 18-year-old girl who grew up in a large family on the wrong side of the tracks. She is voiced superbly in a childlike tone by Tara Turnbull. She wants nothing more than to get out of town but instead becomes involved with the spoiled scion of the town's wealthiest family. The scourge of drug addiction leaves no one untouched in this character-driven novel featuring riveting performances by two gifted narrators. D.G.P. © AudioFile 2019, Portland, Maine [Published: DECEMBER 2019]