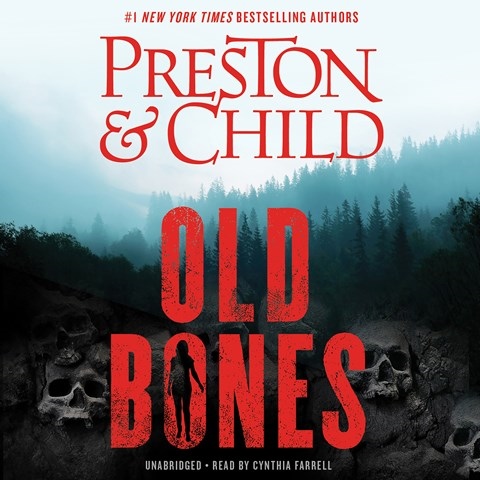 This audiobook launches a new series from the Preston-Child writing team but is a challenging listen. The opening chapters are disjointed, and the narration often lacks variation. Narrator Cynthia Farrell paces the story well but struggles with voicing the characters and injecting enough distinction in conversations. The premise is promising. Archaeologist Nora Kelly is approached with the opportunity of a lifetime: a chance to lead the search for the lost camp of the Donner Party. When Nora teams up with historian Clive Benton, the unearthing of the sad history leads to present-day violence and the arrival of young FBI agent Corrie Swanson. The story itself is compelling, but the narration doesn't do it justice. K.S.M. © AudioFile 2019, Portland, Maine [Published: SEPTEMBER 2019]