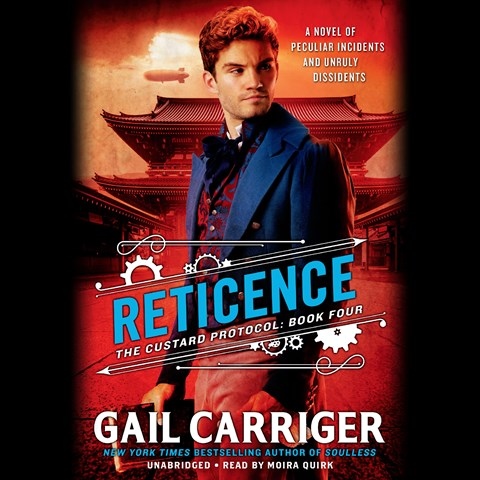 There is synchronicity at work here as narrator Moira Quirk nimbly delivers the quirky set of characters in this whimsical audiobook, the final volume of Carriger's steampunkish Custard Protocol series. This time out, the Spotted Custard journeys to Japan in search of a lost spy. At the same time, bookish Percival Tunstall and the ship's smart new doctor, Arsenic Ruthven, fall for each other. And what an odd bunch is caught up in the dirigible's orbit, including werewolves and vampires and kitsunes, oh my! The ringmaster of this flying circus is Quirk, sweetly voicing these strange adventures like they are nothing outside the norm, whether it's parachuting from a floating city or discovering a new supernatural species. She's the friendly captain on this memorable voyage. D.E.M. © AudioFile 2019, Portland, Maine [Published: NOVEMBER 2019]