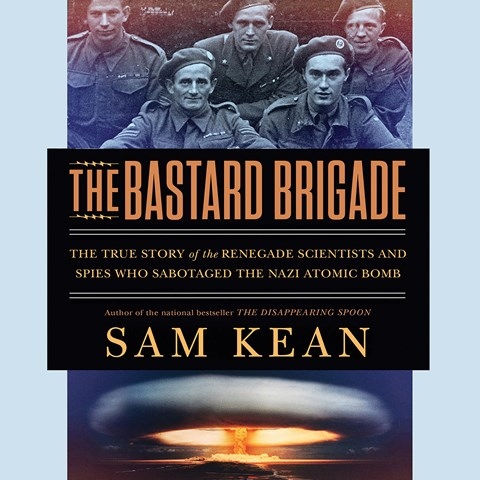 This audiobook asks what a Major League catcher, a Nobel Prize-winning physicist, and a member of one of America's most famous families have in common? They all participated in espionage to help the U.S. develop the atomic bomb before the Nazis could. While this story is true, it's also a cracking thriller. Narrator Ben Sullivan does his best, using his deep voice and deliberate style, to entice listeners with the facts, and he alter his voice to denote characters. But while Sullivan delivers every word clearly and paces the book effectively, he fails to infuse enough excitement and emotion to carry the story forward. Better engagement would make the audiobook flow more smoothly rather than simply sounding like spoken words. R.I.G. © AudioFile 2019, Portland, Maine [Published: OCTOBER 2019]