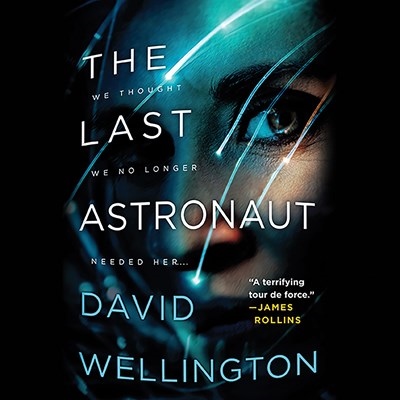 As we learned from the iconic thriller ALIEN--"in space, no one can hear you scream." But thanks to Megan Tusing's narration of this chilling audiobook, listeners CAN hear the terror of this space mission gone horribly wrong. The titular character is Sally Jansen. The disgraced ex-astronaut was commander of a mission to Mars that went awry when a crew member was accidentally killed. Jansen gets a chance at redemption when she is chosen to lead a mission to contact a large, alien structure headed toward earth. Be careful what you wish for. Tusing does a masterful job voicing female characters such as Jansen and her youthful astrobiologist. She is equally adept with male characters, including a paranoid Space Force officer and an aged NASA administrator. The result is a nail-biting thrill ride. D.E.M. 2020 Audies Finalist © AudioFile 2019, Portland, Maine [Published: OCTOBER 2019]