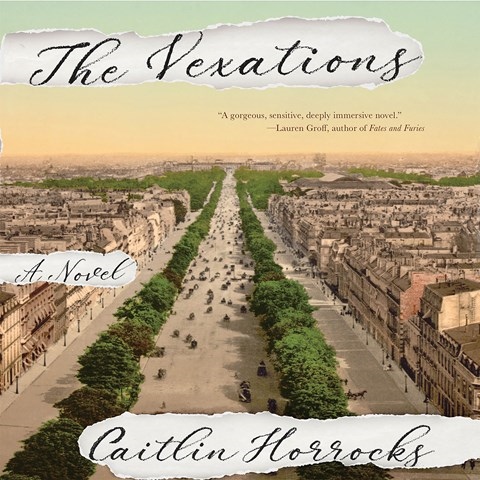 Marisa Calin gives a spirited narration of this introspective novel, which imagines the life of eccentric French composer Erik Satie. His story, told by his sister, Louise, includes his early years, his struggles to become accepted in legendary Montmartre, and his eventual success among the avant-garde. Calin delivers the narrative in a crisp British accent, with a gruff timbre and a French accent for the dialogue of Satie. Louise, speaking in the first person, is given a gentler persona. Calin provides varying French intonations for several others who were affected by Erik, including brother Conrad, poet Philippe, and model Suzanne. Occasionally, an echo effect emphasizes introspective passages. Listeners will be treated to intimate details of bohemian life in Paris during the period. J.E.S. © AudioFile 2019, Portland, Maine [Published: AUGUST 2019]