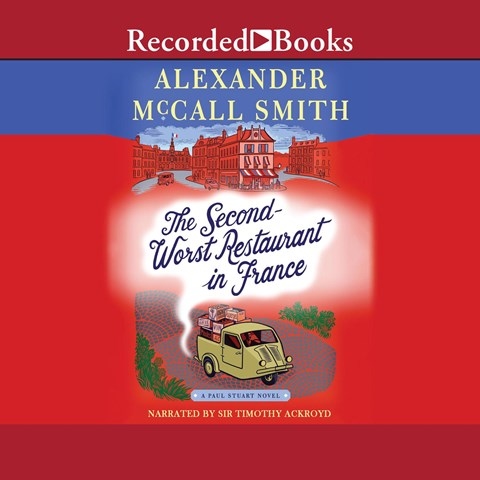 Timothy Ackroyd reprises his clever narration in Alexander McCall Smith's second audiobook about the fictional food writer Paul Stewart. Ackroyd smoothly captures the protagonist's wit and reveals his angst in the verbal equivalent of thought bubbles. His spot-on imitations of French-inflected English from the many local characters give color to this comic novel. His measured and reserved elocutions of Stewart's eccentric and mysterious cousin, Chloe, make her a vivid character. Reputedly married five times, she both helps and manipulates Stewart when she puts him up at her summer rental in a French village, where the owner of the "second-worst restaurant in France" avails himself of Stewart's expertise. Laugh-out-loud funny and splendidly narrated, this petit bijou is enjoyable and fun. A.D.M. © AudioFile 2019, Portland, Maine [Published: OCTOBER 2019]