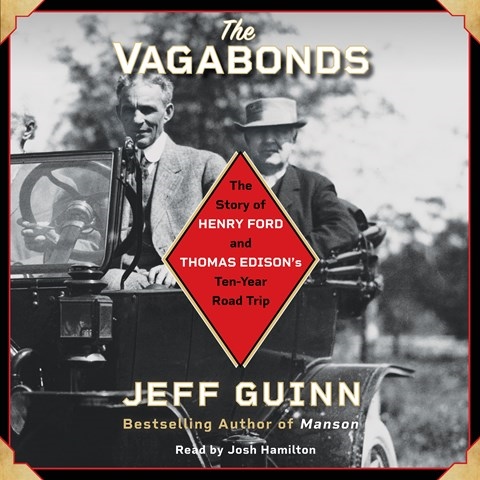 Narrator Josh Hamilton expertly captures what two prominent Americans, Henry Ford and Thomas Edison, may have sounded like. While this audiobook focuses on their friendship, it's also a history lesson and a look back at a time when automobiles were just beginning to change the country. The story of Ford and Edison's road trips together has its ups and downs. Ford was a taciturn Midwesterner who was driven to get moving and get things done; Edison, though younger, was a doddering inventor, who, in Hamilton's rendition, sounds like Hal Holbrook channeling Mark Twain. J.P.S. © AudioFile 2019, Portland, Maine [Published: SEPTEMBER 2019]