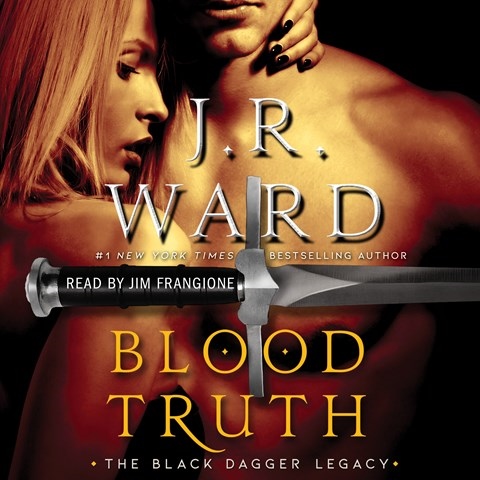 Narrator Jim Frangione returns to J.R. Ward's world of vampires living unbeknownst among the humans in Caldwell, New York. Boone is a trainee in the Black Dagger Brotherhood, whose members are the protectors of the vampire race. Ever since her sister was murdered, Helaine has been searching for the killer. Frangione has the listener feeling her anguish and determination. Helaine and Boone are thrust together when Helaine finds another body and Boone is assigned to investigate with Butch, another vampire. Butch is from Boston, and Frangione smartly handles the Boston accent as well as giving all the characters unique voices. Passion ignites between Boone and Helaine, and Frangione brings the listener along. S.B. © AudioFile 2019, Portland, Maine [Published: OCTOBER 2019]