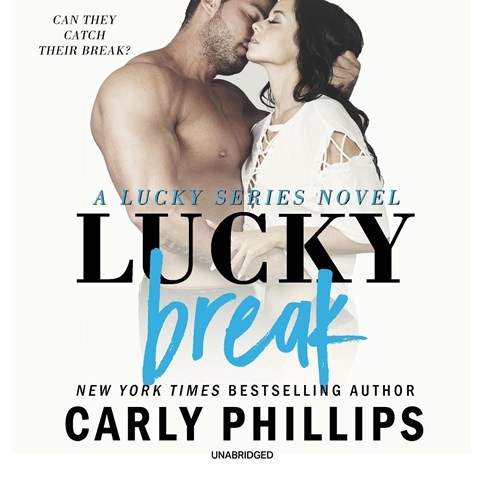 Pepper Jackson narrates this romance featuring Lauren Perkins and Jason Corwin, which takes place in a New England town. Centuries ago, Lauren's ancestor cursed Jason's family to be unlucky in love. When Lauren and Jason were teens, they had a relationship that, not surprisingly, ended in a breakup. Now, Lauren is back in town to prepare her grandmother's house for sale, and they rediscover their mutual attraction. Can the couple overcome the family curse? Jackson gives the male characters an odd raspy tone that works for Jason's older relatives but not so much for the younger men. She does convey the manic tendencies of Lauren's sister well. While Jackson's pacing is somewhat slow, this final work in the Lucky trilogy will keep listeners entertained. S.B. © AudioFile 2019, Portland, Maine [Published: AUGUST 2019]