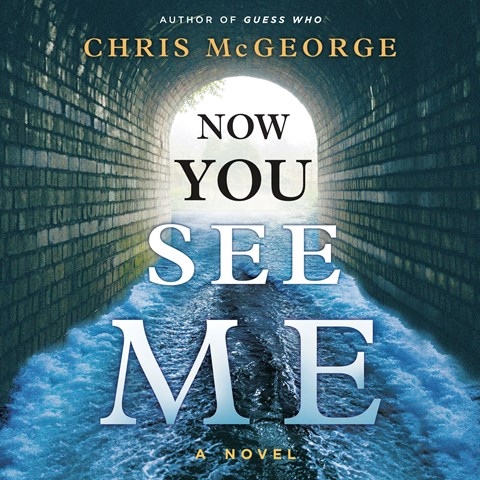 NOW YOU SEE ME

Six went in, only one, Matthew, came out of the Standedge Canal Tunnel. So begins the mysterious story of the missing, narrated quite emotionally by David Thorpe. Matthew calls author Robert Ferringham, whose wife, Sam, was last seen in Huddersfield near Standedge. The secrets Matthew reveals plunge Robert into a headlong search for the truth as he follows a host of vague clues through tunnels, canals, and railway lines. Thorpe imbues each character with personality and ratchets up the tension as Robert delves into myths surrounding Standedge. As the mysteries swirl around Robert, Thorpe seamlessly pulls listeners into a macabre story of death and deeply buried secrets. M.B.K. © AudioFile 2019, Portland, Maine [Published: NOVEMBER 2019]