Home»Reviews»SECRETS OF THE CASA ROSADA 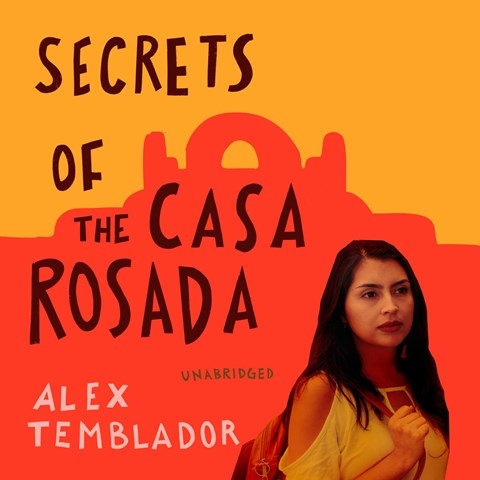 SECRETS OF THE CASA ROSADA

Frankie Corzo's narration vividly brings the characters to life in this debut novel about family secrets and Hispanic heritage. Sixteen-year-old Martha and her mother are used to moving around, never staying anywhere for long. Then Martha's mother abandons her at the home of a grandmother she never knew she had. The Mexican community of Laredo, Texas, is completely unfamiliar to her, as is her extended family there. Determined Martha must uncover the long-held secrets that forced her mother to leave her. Corzo's vocal characterizations are well developed, and her accent is excellent as she portrays bewildered Martha and her Spanish-speaking grandmother and kin. The narrative hasn't been fleshed out, but Corzo's effective pacing makes it sound like it has. A.C. Â© AudioFile 2019, Portland, Maine [Published: SEPTEMBER 2019]