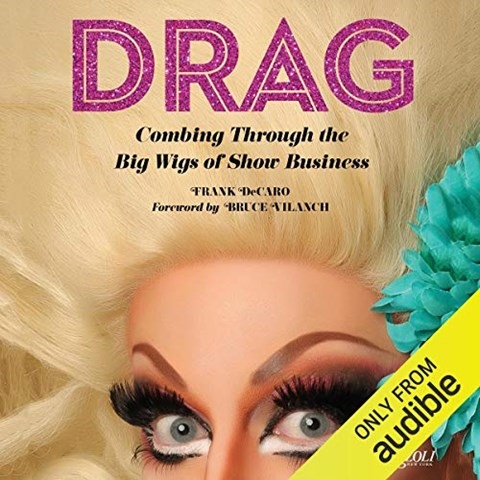 DRAG Combing Through the Big Wigs of Show Business

Drag queen Lady Bunny (born Jon Ingle) fails to bring variation to her portrayals of the drag queens whom author DeCaro interviewed for this collection. DeCaro mined a wide range of personalities in Hollywood, New York, Atlanta, and a few other lesser-known drag performance locales. Besides being the writer, he is also the voice of the interviewer in this audiobook, and his delivery has a deep pitch and an authoritative tone. As for the drag queens themselves, although their speech patterns are often described, by keeping the emphasis on her own feminine vocal personality, Lady Bunny is unable to project the diversity of such talents as Divine, Flip Wilson's Geraldine, RuPaul, and others featured. F.M.R.G. © AudioFile 2019, Portland, Maine [Published: AUGUST 2019]