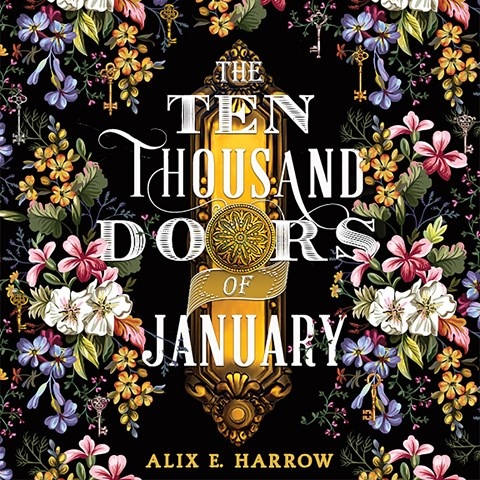 THE TEN THOUSAND DOORS OF JANUARY

January LaVoy's breathtaking narration shines in a fantasy in which Doors offer infinite possibilities for adventure. January Scaller is a daring and bold "in-between" girl who feels like another foreign curiosity in Mr. Locke's home. She lives for her father's brief returns from his travels, when he brings his employer new treasures. She is 7 in 1901 when she discovers a marvel--a Door to another world--and then is punished severely. Listeners hear January growing timid and biddable to suit Mr. Locke. It's not until she discovers a hidden book that she realizes the true potential of Doors, along with her own. LaVoy's theatrical skills delight as she narrates January's thrilling story of fantastical characters and new worlds--and the tale hidden within the pages of her book. E.E.C. Winner of AudioFile Earphones Award, 2019 Best Audiobook © AudioFile 2019, Portland, Maine [Published: SEPTEMBER 2019]