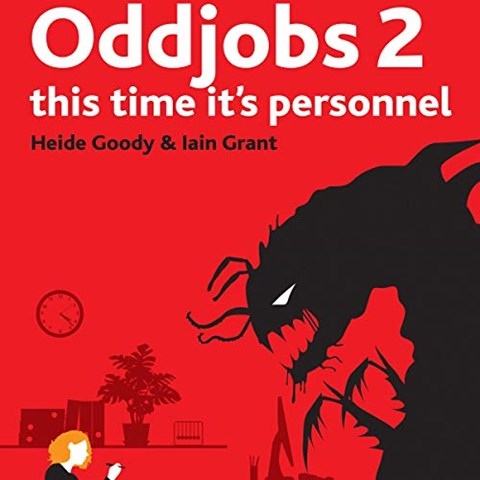 ODDJOBS 2 This Time It's Personnel

An unusual comedy of the workplace, narrated by Matthew Lloyd Davies, follows the Consular Mission as they try to keep the peace between Earth and a cabal of malicious Lovecraftian old gods. What follows is a strange, surreal, and zany series of misadventures with odd people and even odder creatures, including the hilariously evil Steve the Destroyer--a possessed doll. Davies's steady narration carries the prose with aplomb, and his character voices steal the show as he provides a varied selection of accents, tones, and demonic growling. Steve stands out with his eager desire to kill, tempered by his squeaky doll-voice. The story is fantastic, and, coupled with Davies's narrating, it becomes a must-listen for fans of witty banter and outlandish escapades. J.M.M. Winner of AudioFile Earphones Award © AudioFile 2019, Portland, Maine [Published: AUGUST 2019]