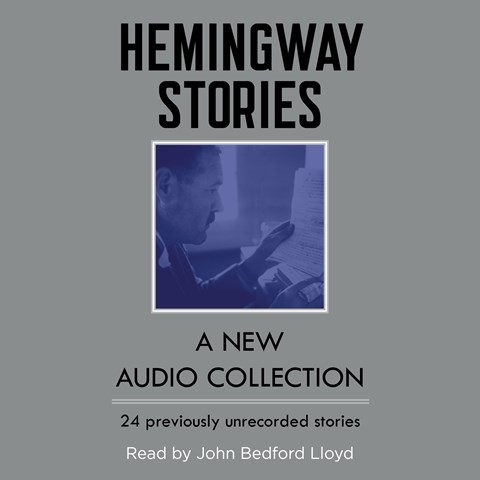 Hemingway was one of the great short fiction writers of the last century, and even his least-known stories reward the listener. This audiobook includes stories that were not collected in the author's lifetime, a few very early and others from his last decade or so. There are also three stories never before collected: "A Room on the Garden Side," "Indian Country and the White Army," and "The Monument." John Bedford Lloyd captures the slightly flat tone of Hemingway's style, leaving the plain language and bare narrative to draw us in. Many of the stories draw on the author's experiences and, with Lloyd's able help, allow listeners to dig deeper into his character. There is also a rare Hemingway love scene. D.M.H. © AudioFile 2019, Portland, Maine [Published: AUGUST 2019]