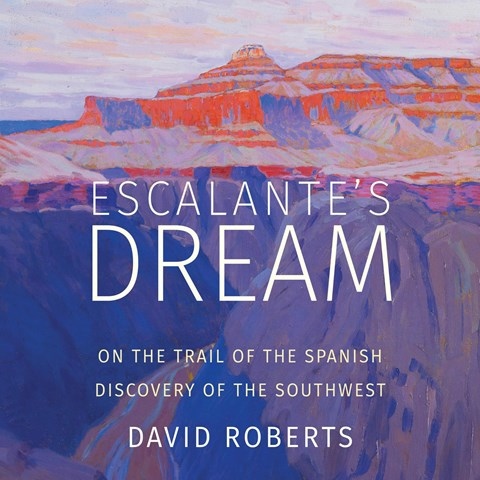 Writer David Roberts originally sets out to follow the path of the two Franciscan priests who led an exploration through the U.S. Southwest in 1776. But he soon deviates from his mission, and those deviations show up in Robert Fass's faithful narration of this audiobook. Whether Roberts is waxing nostalgic for maps or grumbling about how little people know about Silvestre Vélez de Escalante and Francisco Atanasio Domínguez, Fass projects the author's tone in his narration. Sometimes that's amusing, but there's a serious side, too. Roberts traveled after having cancer treatment, and his story includes his experience of growing closer to his wife, Sharon, along the way. Listeners will find themselves as involved in the Roberts' relationship as they are in the couple's historical adventure. J.A.S. © AudioFile 2019, Portland, Maine [Published: NOVEMBER 2019]