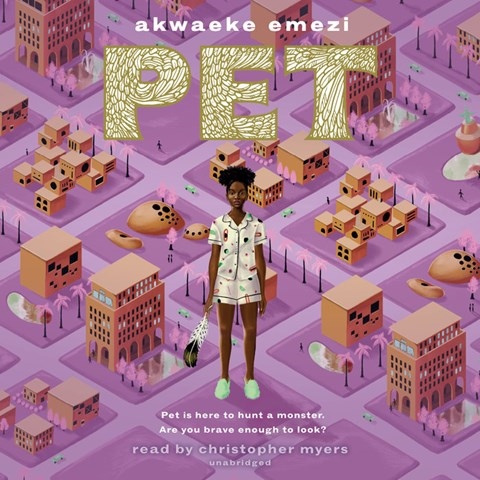 Akwaeke Emezi makes their young adult debut with a gut-wrenching story on audio. Narrator Christopher Myers leads the listener through the serene town of Lucille, where teenage Jam lives in a world supposedly purged of evil. In this idealized future, Jam's generation is raised to believe that the social problems of the past have been eradicated and bad people--"monsters"--are no more, run out by the revolutionary "angels." Myers skillfully inhabits the story's different characters, infusing his voice with subtle but distinct differences in pacing, tone, and cadence. Myers shines as Pet, a strange creature who has arrived in Lucille to hunt a monster. He infuses Pet's resonant voice with a fierce and visceral protectiveness and a hunger for justice that will lead Jam to the truth. H.C. © AudioFile 2019, Portland, Maine [Published: OCTOBER 2019]