Home»Reviews»THE END OF THE LINE 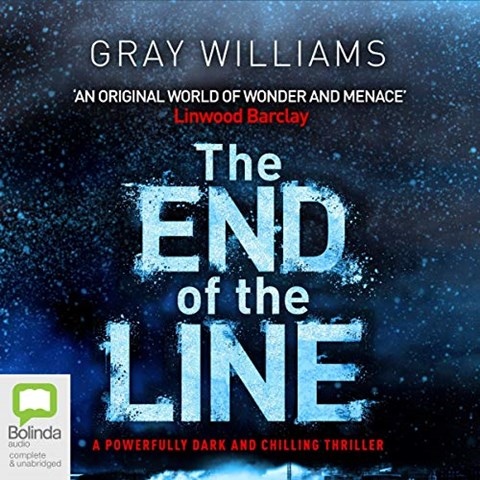 THE END OF THE LINE

Nneka Okoye's distinctive British and Scottish accents add to the atmosphere of this tale of sorcery and demons in an alternative London. Amanda Coleman, an Abra who is a con artist and an abusive magic practitioner, and her crew have captured a powerful demon and are trying to kill him in a stone circle in Siberia. Okoye's voice takes on the shape and the terror of a demon whose power is growing beyond anyone's ability to control it. Okoye floods her performance with emotion. The complexity of this story and the similarity of the characters' names challenge listeners and narrator alike. Undaunted, Okoye uses vocal magic to shift between accents and action, all the time pulling listeners into the fight to banish evil. M.B.K. © AudioFile 2019, Portland, Maine [Published: NOVEMBER 2019]