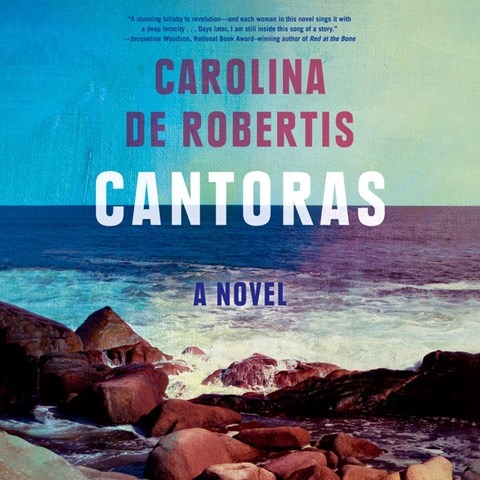 Carolina De Robertis is author and narrator of this historical novel about prohibited love during the 1970s in Uruguay. Fans of literary fiction will applaud her decision to narrate since she captures the lyricism of her prose with style and grace. Those seeking new voices in world literature will be delighted to discover her tender, careful treatment of her five female protagonists--lesbians forced into hiding for fear of government reprisal. De Robertis meticulously characterizes Romina, Flaca, Anita, Paz, and Malena so that the listener remains oriented in each woman's particular part of the story. The chapters weave together under her care to create a portrait of a nation during a turbulent time and the power of women's resilience. M.R. Winner of AudioFile Earphones Award © AudioFile 2019, Portland, Maine [Published: OCTOBER 2019]