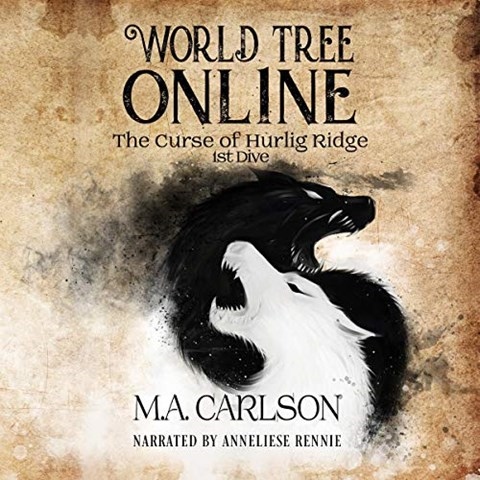 Anneliese Rennie's imaginative performance enhances this fully immersive story of a virtual reality game. After Byron, a.k.a. Bye-Bye Jacko, takes his seed pod and jumps into a VR game called World Tree, his quests take him on a hell of a ride. He meets other players, as well as a host of monsters and creatures who inhabit the world called Hurlig Ridge. Rennie uses a variety of accents for the players, including singsong tones for the warrior goddess and a mechanical voice for the computer. World Tree is addictive for the players and listeners. There's no stopping or pausing as quest rolls into quest, and Bye-Bye and his friends work together to eradicate evil from Hurlig Ridge. Rennie's narration imbues this story with thrills and danger. M.B.K. © AudioFile 2019, Portland, Maine [Published: OCTOBER 2019]