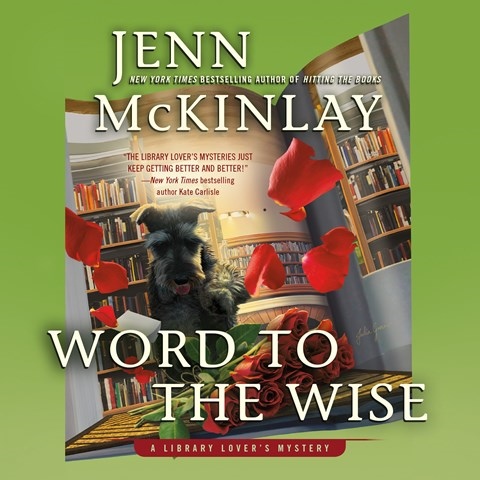 Narrator Allyson Ryan convincingly depicts Briar Creek, Connecticut-- a small seaside town--along with its inviting public library and feisty director, Lindsey Norris. As Lindsey plans her wedding to boat skipper Mike "Sully" Sullivan, she becomes the target of a library patron who is stalking her. Ryan realistically portrays Aaron Grady, a seemingly nice guy who's obsessed with Lindsey. Listeners will savor the behind-the-scenes details on the library, its down-to-earth staff, and diverse patrons. The excitement and danger escalate when Grady goes missing and Lindsey and her friends decide to search for him. One of Ryan's best creations is the boyfriend of Police Chief Emma Plewski, a British actor named Robbie Vine, whose accent and biting sense of humor add to the fun of a story filled with clever literary asides. S.G.B. © AudioFile 2019, Portland, Maine [Published: DECEMBER 2019]